It's not too late to maximize Social Security claiming benefits

It’s not too late to maximize Social Security benefits 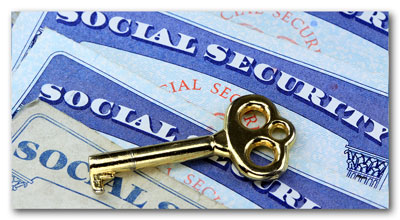 Question: I will be 66 in April, and my wife will be turning 65 in July. Given the new Social Security rules, what would be the most effective strategy to optimize our benefits? My wife devoted herself to a career as a full-time mother, which unfortunately means that, in the eyes of the Social Security Administration, she doesn’t qualify for retirement benefits.

Answer: Given your ages, you can still take advantage of a claiming strategy that has largely been curtailed. But you would need to act quickly. First, some background.

The Bipartisan Budget Act of 2015, enacted in November, puts an end, in most instances, to two Social Security filing strategies: “file and suspend” and a “restricted application” for spousal benefits. You can find a summary of the changes at new Social Security rules change claiming strategies.

In the months since, we have heard from numerous readers who have asked, in effect, the same question: What do I do now?

Broadly speaking, there are still steps that would-be beneficiaries can take to “optimize,” or maximize, their benefits in retirement. (Example: Each year you delay collecting Social Security between ages 62 and 70, your payout increases about 7%.) The best way to do the math is to take advantage of the growing number of tools and online advisory services that help identify an individual’s (or couple’s) optimal claiming strategy.

At this point, most services have updated their computer coding to account for the new rules. Among them: SSAnalyze!; and MaximizeMySocialSecurity.com, SocialSecurityChoices.com and SocialSecuritySolutions.com. The latter three all charge a fee.

As for this specific question, the Budget Act has several grandfather clauses, one of which allows a person who has reached full retirement age to file and suspend—as long as the request to do so is received before April 30.

If you turn 66 before that date, you could file and suspend, which would allow your wife to begin collecting a spousal benefit. (If you plan to do this, I would book an appointment immediately with your local Social Security office, or apply online. You can do so four months before turning 66.) Meanwhile, your benefit, when you eventually claim it, will have grown in size, thanks to “delayed retirement credits.”

But again — and without knowing the specifics of your financial situation — I would urge you to run the numbers through an advisory service. Social Security remains far too complicated to try this on your own.

Q: In an earlier column and question about Social Security, you mentioned a “restricted application.” My wife and I are both 63 years old. She is planning to retire at 66, her full retirement age, and I plan to continue to work for an indeterminate amount of time, possibly until I turn 70. Is a restricted application still available in our situation?

A: Yes, you can still take advantage of this strategy—but only because you have already passed your 62nd birthday.

Under the changes in Social Security claiming strategies, workers who reached age 62 before the end of 2015 are still able to file a restricted application when they reach full retirement age. This means a person could file for just a spousal benefit, instead of his or her own benefit.

The article “A strategy to maximize social security benefits” first appeared on WSJ.com.